Welcome, Tomato Pie Fans! I’m taking a hiatus from blogging to finish the sequel to DON’T YOU FORGET ABOUT ME. Meanwhile, I have a series of guest bloggers taking care of the place. Let’s meet today’s guest, Neil Combs. 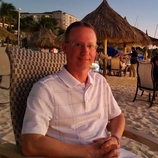 Why Write A Body in Prayer?

Prayer. What is it, really? Am I doing it right? Am I doing it enough? Do I pray with just my words, or can I pray through my actions? These were just some of the questions I was asking about 5 or 6 years ago. I was still a fairly new Catholic and I was struggling with prayer. I recalled the verses in the Bible that said “…pray always…” (Luke 18:1) and “…pray continually…” (1 Thes 5:16) but I could barely find the time to say a morning and night prayer. I did a lot of soul-searching at that time, but more importantly, I did a lot of information searching; books–The Catechism of the Catholic Church, CDs, and Scripture–to find out what I could about prayer.

What began as a personal quest for a better prayer life became something I never would have expected… a book. See, I wasn’t an author, I was just a pharmacist who had an idea and insights I wanted to share. I started by sharing it with a men’s group I belong to. They encouraged me to write it down, and a journal slowly became a book. As I shared more, I realized there were a lot more people like me who wanted a better prayer life but just didn’t know how to get there.

A Body in Prayer first defines prayer, and then it helps to identify and break down the common barriers to prayer, like the ever popular “I just don’t have enough time to pray!” But then it talks about the many different ways we can pray. You see, I always thought of prayer as talking to God, but in reality, it is so much more. It’s a conversation between two people in a relationship, and if you think of your own relationships, you know much can be said without a word being spoken. My wife has always said “actions speak louder than words,” and the same is true in prayer, maybe even more so, because God sees all our actions!

It was that realization, that by including Christ in all the daily activities of life, I could pray more and pray better. I could use my whole body to pray, by focusing everything I did (work, fasting, or appreciating a sunset) on God. Suddenly my actions could say more than my occasional words of prayer ever did.

A Body in Prayer challenges readers’ perception of prayer, yet is written in a light, conversational style. It uses ten chapters based on body parts – hands, eyes, mouth, even stomach – to give simple, real life examples of how we can use our bodies, and our actions, to pray and truly become A Body in Prayer! 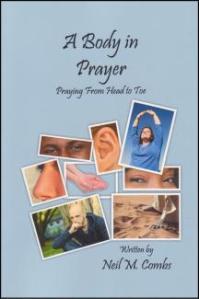 Neil Combs grew up as a Lutheran, but was confirmed into the Catholic faith, along with his children, in 2004.  A Pharmacist by profession, he was drawn to working with youth, and has been involved in the Youth Ministry program at St Le’s church in Hilton, NY, where he lives with his wife, Mary. He is also an active member of the Knights of Columbus. Learn more about A Body in Prayer on Facebook.