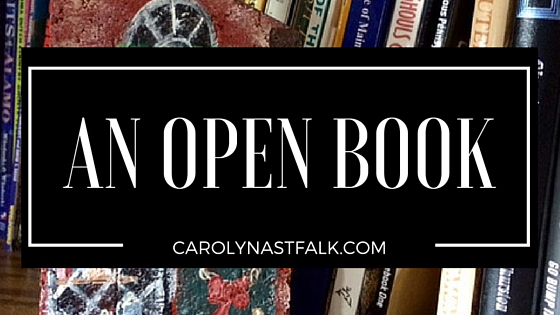 “On our first day of school, Robert and I stood at the designated stop at Hevers Avenue with our mothers, and that’s when we met for the very first time. We were five years old.” So began a lifelong friendship that fourteen years later would result in the formation of The Cure, a quintessential post-punk band whose albums-such as Three Imaginary Boys, Pornography, and Kiss Me, Kiss Me, Kiss Me-remain among the best-loved and most influential of all time….

Cured is not only the first insider account of the early days of the band, it is a revealing look at the artistic evolution of the enigmatic Robert Smith, the iconic lead singer, songwriter, and innovative guitarist at the heart of The Cure. A deeply rebellious, sensitive, tough, and often surprisingly “normal” young man, Smith was from the start destined for stardom, a fearless non-conformist and provocateur who soon found his own musical language through which to express his considerable and unique talent. But there was also a dark side to The Cure’s intense and bewildering success. Tolhurst, on drums and keyboards, was nursing a growing alcoholism that would destroy his place in The Cure and nearly end his life. Cured tells the harrowing and unforgettable story of his crash-and-burn, recovery, and rebirth.

Hooray! I’m so old that the bands I listened to as a teen have earned the cred to write their memoirs! Seriously, though, I saw this at the library and hesitated at the idea of picking it up.  The Cure was one of those bands I lurrrrved in high school but stopped following by young adulthood–frankly, once I’d achieved a certain measure of mental health (not saying that if you still like The Cure you’re bonkers; just that I liked them when I was not in a good place, so there are associations involved there).  I figured, though, it’s the library! It’s free! What do I have to lose, even if I don’t actually get around to reading it?

Needless to say, Cured didn’t go back into the book return unread.  In fact, I flipped open to the first page in the library parking lot while waiting for my brood to finish buckling up and was irritated that I had to, you know, STOP READING AND DRIVE THE CHILDREN HOME.  I finished Cured in the space of 72 hours.  I’m sure it helped that I had so many memories that connected to the author’s tale.  After all, Lol Tolhurst is the reason I had such a hard time in the 90s adjusting to the idea that LOL means “laughing out loud,” not a nickname for “Laurence.” It turns out Lol also is the name of a compelling memoirist.  Alcoholism doesn’t set many people free, especially those who descended so deeply into is as Tolhurst did.  He writes from a space of honesty, regret and hope all at once.  Cured is more than just a memoir of the post-punk age or even just an apology letter to a world wounded by alcohol addiction.  It’s the story of the pressures of creativity from within and without and of the power of a soul’s potential to break through even the heaviest bonds.  Even if you didn’t tease your hair into wild spikes, wear red lipstick and black eyeliner and powder your face white a decade before the word “goths” came into use as it is now (ahem, like I did, ahem), I still recommend Cured.

Fifteen year old Matt Bergin is staying in Glastonbury for Christmas with his cousins, Luke and Annie Martin. Matt feels drawn to Glastonbury Tor, and St Michael’s Tower, which crowns its summit. The cousins learn the secret of Glaston Tor and find themselves propelled back in time to 1940s France and the Second World War.  They are given a mission by an enigmatic stranger, who asks them to help a young German couple and their son escape from wartime France. But the fearsome Gestapo are on their trail. Matt and his cousins will discover that their destinies are intimately linked to this family, and to a mysterious young stranger who will stop at nothing to learn their secret.

I was approached by the author with a free copy in exchange for an honest review.  It didn’t take much arm-twisting to get me to accept. British time travel with a Catholic twist, geared towards teens (two of which I now parent)?

I am relieved and delighted to say this was a rip-roaring good time of a read! Besides the fast-paced adventure, the story illustrates a number of big questions that the YA audience is just starting to tackle: Does God matter?  Does prayer actually make a difference?  Why doesn’t God always answer our prayers?  Highly recommended for the YA set… and maybe even for yourself!

Angelhood by A. J. Cattapan

Seventeen-year-old theater geek Nanette believes her life is headed toward stardom on Broadway. But when her dream theater college rejects her and her best friend dies in a terrible accident, Nanette decides the world would be better off without her. Unfortunately, the afterlife offers something less than a heavenly situation. Trapped between alternating periods of utter darkness and light, Nanette is stuck following a high school freshman around. Soon, she learns she’s a guardian angel, and the only way she can earn her wings is to keep her young charge, Vera, from committing the same sin she did—taking her own life. Unfortunately, Nanette is missing more than just her wings. She has no tangible body or voice, either. Frustrated by her inability to reach out to Vera and haunted by memories of her old life, Nanette wants to give up, but then she sees what happens when another Guardian at the high school turns his back on his charge. The shock is enough to supercharge Nanette’s determination. She’s going to find peace in the afterlife…as soon as she can convince Vera that living is what life is all about.

I won a copy of this book from the author, no strings attached, and I’m also delighted and relieved to give it a hearty endorsement.  The pacing is spot-on, the characters are well-drawn and well-motivated, the parents are a living (is that a pun?) and breathing part of the plot rather than just add-ons.  One caveat emptor: I am concerned about how the resolution of the story might make light of the permanence of suicide, especially in the minds of young readers who are on the more impressionable side.  I don’t want to give anything away, but I did want to put that out there as something for parents to consider when thinking about sharing Angelhood with their young readers. That said, it’s well-written and well deserving of all the awards it has received!  I’m looking forward to my next Cattapan read.

“Funny how you can live your days as a clueless little kid, believing you look just fine … until someone knocks you in the heart with it.”  Wendy Robichaud doesn’t care one bit about being popular like good-looking classmates Tookie and the Sticks–until Brainiac bully John-Monster schemes against her, and someone leaves anonymous sticky-note messages all over school. Even the best friend she always counted on, Jennifer, is hiding something and pulling away. But the spring program, abandoned puppies, and high school track team tryouts don’t leave much time to play detective. And the more Wendy discovers about the people around her, the more there is to learn.When secrets and failed dreams kick off the summer after eighth grade, who will be around to support her as high school starts in the fall?

8 Notes was a quick, engaging read that dealt with a number of heavy issues in a compact story. And isn’t adolescence like that, really? It’s such a short time when so much happens to the heart, mind and soul. 8 Notes tackles all those issues with courage and truth and not too heavy a hand.  Wendy’s characterization was honest, as was the depiction of life in late middle school and the landscape of all the changing relationships therein.  The pacing felt right, and the development between and within the characters was engaging.  After this first book I have the rest of the books in the Birdface series now on my TBR list!  [I received a complimentary copy from the author in exchange for an honest review.]

The first four months of SRBT were, frankly, far more successful than I anticipated they’d be.  Taking that experience, I’m hoping to expand on it and develop something that is more useful to you as a reader.  If you want updates on that, do subscribe to my EMC Reader Newsletter.

Don’t forget to link up YOUR #OpenBook reviews over at Carolyn’s!