One thing can be said for having a couple of complications dragging out weeks after super minor abdominal surgery: there’s lots of time to do nothing but sit in bed and READ!   Perhaps that’s the only thing to be said for it, though; being unable to work on one’s own writing and publishing is pretty frustrating.  That said, today is the rescheduled release date for UNCLAIMED, Book 1 in The Memoirs of Jane E, Friendless Orphan. 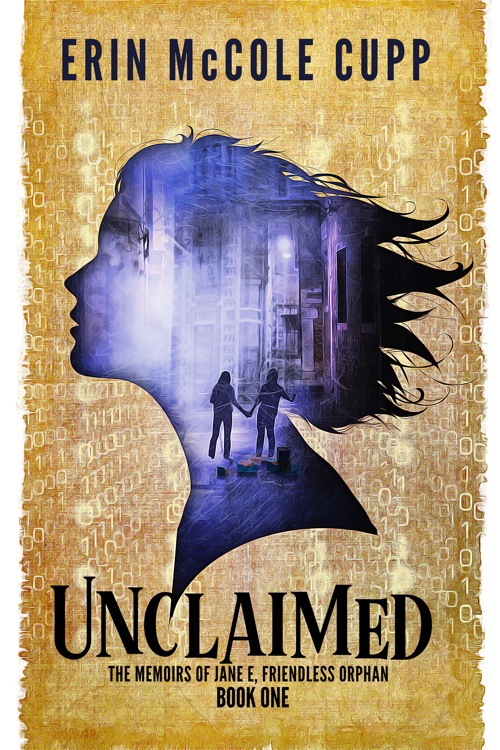 I was chomping so badly at the bit to get that up and running by June 24, but instead I was propped up in bed with my iPad and this guy for my reading buddy.

Funny story: five days after I came home from  the hospital, Siggie (above) suddenly started sniffing around my belly and instead of making me take his tennis ball out of his mouth to play fetch, he just gave it to me.  The two days later I was back at the doctor, and lo and behold! I had an infection developing.  Of course, if he were really intuitive, he wouldn’t have kept trying to jump directly onto my belly… but he’s still a good recovery companion.

Okay, let’s look at what I got to read in June…

I really cannot rave well enough about the Chasing Liberty trilogy.  If you took The Hunger Games, The Handmaid’s Tale, Brave New World, and 1984, wove them together with a fresh, deeply human sensibility and gave it just the lightest sprinkle of holy water… you might come close to getting a series as fast-paced, powerful and satisfying as Liberty’s three-part tale.

I loved Chasing Liberty, but 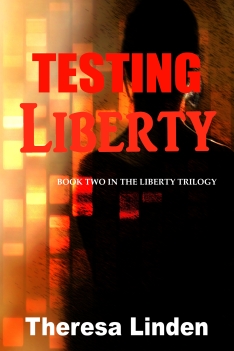 in Testing Liberty, Linden really ups the ante.  It was like in Chasing we got to see the veneer of Aldonia’s oppressive deep green culture scraped painfully off, and then in Testing, we dive down deep, deeper into the hearts and lives threatened, destroyed, and changed for good or ill by the conflict between the Regimen’s culture and the inner drive for freedom and independence that some of the colonists live out for themselves… and are getting ready to share with Aldonia on a wider and far more risky basis.   Usually the middle installment in a trilogy is the most difficult to keep spinning on a lively axis, but Linden turns that idea on its head and somehow makes Testing even more heart-rending and engaging than its predecessor.

And then in Fight for Liberty, it all comes so satisfyingly full-circle.  Something Linden does so powerfully in this conclusion(ish) to the series is that the encourages us to look at the future of freedom (and, frankly, the present) through the lens of our history.  The way she approached a renewal of personal freedom as a rebirth of the ideals and courage of the American Revolution is a tack we don’t see often taken in speculative fiction.  It works.  Fresh, engaging, honest and uplifting, we can see our future as fraught with danger… but also promising courage and hope and the best humanity has to offer.

Fight for Liberty dropped on July 4! Keep an eye out here for an in-depth interview with Theresa Linden later this week.

The Tomb by Stephanie Landsem

It’s the story of Mary and Martha illuminated in a way you’ve never imagined.  In this conclusion (I think?) to the Living Water series, Stephanie Landsem gives us a rich backstory on why Martha is the way she is–a controlling, put-upon, neat freak who’s never satisfied.  I’d never before considered the kind of heartbreak that might have gone into making a Martha.  Landsem took my preconceived notions of a picky, spoiled, overly pious Jewish daughter and made her into someone who’s been through just as much as any of us has in on our way to becoming the fragile, cautious creatures we can be… until we let Christ come in to our lives and change us.  This third book has just as much delicious angst as The Well but just as much sweet satisfaction as The Thief.  For readers who like a good ends-tied-up series, this last book makes that happen but infuses the ending of the trilogy with great energy; it left me happy for the characters (each in his/her way) but still sad to see it end.  Highly recommended.

At the Crossroad by Amy M. Bennett 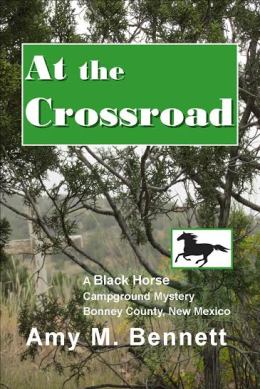 People, I just adore this series.  It’s really so much fun to read.  Okay, I realize I just said that about a series with a body count, but hey, take me as I am.  In At the Crossroad, Corrie, Rick, and JD all have to face the past–their own and the ghosts of others.  The mystery is fast-paced, crisp, and richly human.  The storytelling is clean, and the violence and relationships are never gratutitous.  All these characters have come to feel like family to me over the years, to the point that, yes, I’ve declared myself #TeamRick (and Crossroad makes that seem even more possible than No Vacancy did… but I’m sure Amy will keep us guessing).  In fact, I kind of know who I want to set JD up with, but Amy would pee her pants if I told her, because it’s so outlandish… Anyway, I hope that the fact that these characters have taken on their own lives in my imagination (am I writing Black Horse fanfic in my head?!?!) is endorsement enough.

After the Thaw by Therese Heckenkamp

A sequel to Heckenkamp’s Frozen Footprints that yet stands strong on its own, After the Thaw is a story of courage, healing, redemption, self-sacrifice, and the value of honesty.  The plot was fast-paced and kept me well invested in the future of heroine Charlene, the people she loves, and the people who sought to use her for their own ends.  Serious and tragic but with a great touch of humanity, Thaw kept me turning the pages and caring about the characters.  Should Charlene really marry Ben?  I mean, he’s a good guy, but is he the guy?  And what is going on with Clay and that pregnant girl?  For all the angst of the beginning and middle, the end is super satisfying with a touch of just-right sweetness.  Tough but still clean, this would make a great beach read.

Sunflowers in a Hurricane by Anne Faye

A sweet, touching story of healing, forgiveness and closure, Sunflowers in a Hurricane weaves together the lives touched, smote and healed by an unlikely friendship. When single-mom Cheryl must clear out her estranged mother’s house, daughter Ruth becomes the garden help and Mass companion of elderly widower George next door.  The move brings Cheryl face-to-face with her difficult past, a past she’s been evading ever since Ruth was conceived, as well as with her fears for her own and Ruth’s future.  Meanwhile, George stands courageously and compassionately in the face of his own past losses resurfacing in ways he hadn’t expected. The two households mirror each other in ways that make us think more deeply about the nature of love, forgiveness, acceptance, and redemption.  Faye turns a tale with an honest kindness often missing from family drama fiction these days, while keeping readers hooked on the story.  This was an uplifting and enjoyable read you’ll want for your beach bag!

Don’t forget to link up YOUR reviews over at Carolyn’s!